06.02.2020 - ANNOUNCEMENT!!! >>> | 30.01.2020 - JSC “Kafolat Insurance company” announces a competition for vacant positions >>> | 29.01.2020 - JSC “Kafolat Insurance company” has signed a Memorandum with AXA insurance company >>>
For entrepreneurs
For Investors
The Republic of Uzbekistan provides many tax privileges and preferences for foreign investors. Your investments will generate income for you and serve as a contribution for the development of KAFOLAT Insurance Company JSC. As an investor, you have a chance to participate in the management of the company and be part of the promising and well progressing society.
More
Online Insurance
These days, the clients of the company can access their online personal accounts to make use of following online insurance services, such as:
Compulsory Insurance:
Compulsory Insurance of Civil Liability of Vehicle Owners
Voluntary Insurance:
Bolajon, Salomatlik and Oilaviy.
For private For company
CICL

Dear car owners!
In connection with the entry into force from October 22, 2008 Law "On compulsory insurance of civil liability of vehicle owners," each holder (natural or legal person) of a vehicle must insure his/her civil liability for damage to life, health or property of other individuals caused by using vehicle types.

On April 17, 2009 entered into force the law of the Republic of Uzbekistan "On compulsory insurance of civil liability of the employer."

According to the Law the employer is obliged to insure his/her civil liability to compensate for the harm caused to life or health of an employee due to industrial injury, occupational disease or other health impairment related to the performance of job duties.
More...
CICL of Carrier

In connection with the entry of the Law of Republic of Uzbekistan "On Compulsory Insurance of Civil Liability of Carrier" into force on November 27th, 2015, all legal entities who are engaged in providing commercial services of carrier to passengers and their property with city passenger transport, rail, air, road, river and other transport and who hold special permit (license), must have insured their civil liability for damage to life, health and property of passengers.

If you are:
- granting the right of driving to another person (a close relative or friend), to whom the qualification of which you are not sure!
- handing over a car for rental!
- Leaving the car for a long time without supervision!

Then you should think about buying our insurance policy.
More...
Mortgage insurance

Mortgage insurance (property transferred under a pledge) is conducted in accordance with the Civil Code, of the Republic of Uzbekistan, of RUz Law "On insurance activity" from 04.05.2002y., of RUz Presidential Decree № PP-10, "On further development of housing construction and the housing market" since 02.16. 2005., of RUz Law "On Mortgage» № 3RU-58 since October 4, 2006.

The issue of housing – today is one of the most relevant for each person. And bank credit is becoming more popular way to resolve it. But crediting the so important acquisition of the Borrower, as an apartment or a house, the bank requires guarantees of repayment of funds provided. Therefore, a prerequisite for obtaining a mortgage loan is the insurance.
More...
Accident insurance

None of us is fully protected from any kind of unexpected situations that can knock us out of the normal rhythm of life and often leading to disability and involuntary reduction in income.

To protect yourself and your family from unexpected financial losses and illnesses caused by accident will help an insurance policy of the company "Kafolat" (JSC).
More...
Insurance of construction risks

The house, interior decoration, furniture and household appliances - all are selected with love and affection during several years. You get used to them, take care for them, and they gradually become a part of your everyday life, and to throw them away is always difficult, moreover, to restore the lost at times even impossible.

Insuring your home and property - is the easiest way to protect yourself from financial losses in case of their destruction or damage.
More...
Export insurance

The object of insurance is the Insured's property interests associated with the default of the Debtor to timely payment for the policyholder in accordance with the terms and conditions set forth in the Contract, in which default results from commercial and political risks.

Damage and physical loss, theft and non-delivery of goods - these negative phenomena accompany the transport of goods at all times.
No matter how seriously does treat carrier or the owner of the goods about the problem of transportation, there is always a place for unforeseen circumstances - the cargo is damaged, corrupted, lost, etc. As a result, lost time and lost money.

The protection and guarantee against possible damage to the cargo owner can only be achieved by insurance.
More...
Travel insurance

Gathered in the long-awaited vacation?

Then make sure that it left only pleasant memories.
To make you feel at peace in a foreign country, the «Kafolat insurance company» JSC in cooperation with the Latvian insurance company "BTA insurance company" SE suggest you using our services in the insurance sector.
More...
International rating
At the current time, "KAFOLAT Insurance Company" JSC is one of the companies having a Domestic Rating of SAIPRO at the level "UzA ++" with a forecast of "Very High Financial Reliability" and an International Rating - Fitch Ratings of "BB-" with "Stable" Outlook
More...

Head of the Internal Audit Service of the Company: 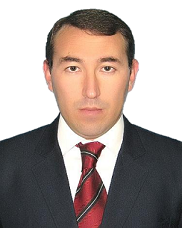 Member of elected bodies: people's deputies, national, regional, city and district councils of deputies or others (full): none

The main tasks of the internal audit service are:

-providing the supervisory board with reliable information and preparing proposals for improving the activities of the company based on the results of the internal audit;

The main internal audit services are:

-conducting an internal audit (quarterly and based on the results of the reporting year) by conducting relevant inspections in areas;

-examination of concluded business contracts for their compliance with legal requirements;

structural unit of the enterprise; methodological assistance in accounting and financial reporting; advising on financial, tax, banking and other legislation;

Leading Auditor of the Internal Audit Service of the Company: 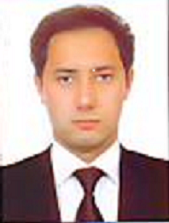 Member of elected bodies: people's deputies, national, regional, city and district councils of deputies or others (full): none

The main tasks of internal audit department are:

providing the supervisory board with reliable information and preparing proposals for improving the activities of the enterprise based on the results of the internal audit;

prompt introduction of recommendations to the governing bodies of the enterprise on the elimination of deficiencies identified in the internal audit process, monitoring their elimination.

The main functions of the internal audit service are:

conducting an internal audit (quarterly and based on the results of the reporting year) by conducting appropriate inspections in areas in accordance with the plan approved annually by the supervisory board of the enterprise;

examination of concluded business contracts for their compliance with legal requirements;

rendering methodological assistance to structural divisions of the enterprise in accounting and financial reporting, advising them on issues of financial, tax, banking and other legislation;